A day after releasing his sexually charged Vise Grip video, dancehall artiste QQ was left disappointed after the content was removed from YouTube.

In an interview with THE WEEKEND STAR, the entertainer said that he believes the video was reported, and after review, YouTube felt it violated its guidelines.

But QQ said that he and his team went through the platform’s rules with a fine-tooth comb before uploading, so they’re still puzzled as to why it was removed.

“After they (YouTube personnel) reviewed it, they felt that it was strong sexual content. I appealed the decision, told them I went through their guidelines, and it said to age restrict the video which we did. We also reviewed probably seven other videos that had strong sexually suggestive content, videos that were worse than ours, and we basically said that to them and they just rejected the appeal,” he said. “I don’t know who, but I know for sure that it was reported. Maybe it was someone who didn’t like the video or someone who don’t wanna see QQ doing that, or QQ progressing. When yah do the work yah go always find people who nuh really into the thing and like what you’re doing, so they’re gonna find ways to fight it.”

The entertainer said that although disappointed, he will not allow this setback to deter him. “The song itself is doing so well in Canada, the US and it’s growing in Jamaica so for this to happen it’s a setback but we’re gonna figure out a way to get around it,” he said. “I’m very much disappointed. It’s a very long time that I’ve been so happy about something that I’ve done, the quality and everything. But I’ve been in music since I was nine and now I’m 25. I’ve had my fair share of trying times, so I won’t let this deter me too much.”

Following YouTube’s action, QQ now has to find a new platform for his video. He says he’s received a few suggestions from fans, including uploading it on Pornhub.com.

The entertainer says he’s still weighing his options and hopes he finds a platform that will re-generate buzz for the video. 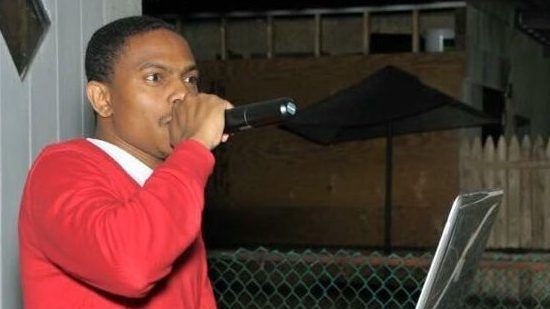 Explicit Fridays with DJ Hothead is your live Dancehall session on One Link Radio. If you rather feel like you are in a Stone Love Dance, then this is the show to check out!

‘Keep the noise down’ – Cops sound warning to event organisers